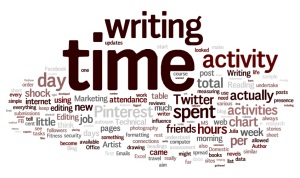 As an editorial intern at Henery Press, I’ve had the pleasure of working with some talented authors. Most of this interaction comes through social media, but as you may have experienced, all that online commenting, marketing, networking, and promotion can zap creative energy.  If you don’t have time to write, then what’s the point? Here’s what I’ve noticed among some of our most successful authors.

There Exists a Writing Cave. Every now and then authors like Larissa Reinhart, Terri L. Austin, Gretchen Archer, LynDee Walker, and Susan M. Boyer mention “The Writing Cave.” It sounds quite mystical, really. Like another dimension. Dark, deep and isolated. Even primitive, a place where the creative mind can gather words like drops of condensation from cold earthen walls.

The Cave Often has Guards with Scary Weapons. Deadlines. Word count goals. A paycheck. Professional reputation. The entrance and exit of a Writing Cave must have some type of sentry, because, as we all know, writers will do almost anything to avoid the actual act of writing. I think it might get a bit easier once you’re under contract, because then you have editors on your tail. But until then, it helps to set goals as guards around your Writing Cave. Big, mean goals with lots of firepower.

The Best Caves have a Window or Two. I imagine these windows like little round portholes, as in a submarine. They are partially buried in the dirt, and covered with thick bulletproof metal. They have wheel-type handles that follow the righty-tighty, lefty-loosey rule. They are airtight and show no light at the edges. For writers who don’t yet want to emerge from The Cave, these windows provide a necessary respite from the rigors of intense writing. In need of a break from the keyboard, such a writer might run to the porthole, using all her strength to turn the wheel. Slowly a crack of light appears, and then maybe a stream of air rushes in. The writer blinks at the sudden brightness, inhales deeply of the fresh oxygen. It is a nice pause, a reminder of life outside. These writing windows can be phone calls or outings with family and friends, a walk in nature, perhaps even chores. And then, momentarily refreshed, the writer gets back to work.

It’s worth noting that The Writing Cave is NOT the Papal Conclave. You don’t have to unplug entirely to enter, although some may choose to do so. Personally, I like to tweet when I write. It’s part of my writing ritual. But there comes a time, especially when writing a novel or another large project, that you must hunker down. At least, this is what I’ve noticed among effective authors, during my foray into the publishing world.

(This is part four of a six-part series. Stay tuned…) 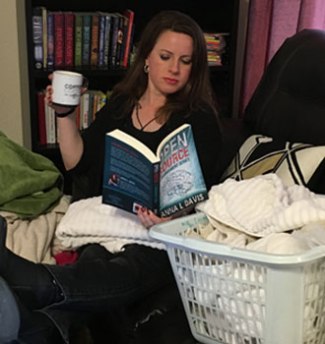